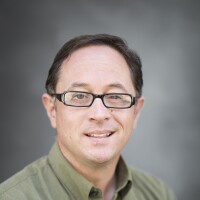 Stephen E. Hancock recently finished his PhD at Purdue University in Nineteenth Century British literature. He earned his bachelor’s degree at Arizona State University in English along with a secondary education certification, and his MA is in English from BYU.

Brother Hancock’s research interests include the romantics, (especially William Wordsworth, Percy Bysshe Shelley, and Joanna Baillie), the Victorian novelists (especially Charles Dickens, George Eliot, William Thackeray, and Thomas Hardy), aesthetics, gender theory, and performance theory. His dissertation title is "Shelley (En)corporated: The Romantic Sublime and Middle-Class Subjectivity in the Victorian Domestic Novel. His Article on Joanna Baillie and Percy Shelley is forthcoming in the next issue of Romanticism on the Net.

His wife Carrie and his baby daughter Maren are the two great loves of Brother Hancock’s life. He met his wife at BYU where she worked in the composition office while she was completing a degree in math education. Sister Hancock has spent the last four years working while her husband pursued his PhD. Currently she is staying home with Maren, and she looks forward to Lāʻie life. Maren's two main occupations are looking very cute and playing with her toys, both of which she does very well.

Brother Hancock was born in Pennsylvania, but only lived there until the third grade. His mother and father still live in Phoenix, Arizona, where he grew up. Besides moving for school, he also served a mission in Padova, Italy in 1990-1992.

In addition to his academic pursuits, Brother Hancock likes to sing and run 5K races.